REPUBBLICA - "BACK TO THE FUTURE FOR THE VALLEY OF THE MILLS” - laportofinese
17227
post-template-default,single,single-post,postid-17227,single-format-standard,bridge-core-2.2.8,ajax_fade,page_not_loaded,,qode-child-theme-ver-1.0.0,qode-theme-ver-21.5,qode-theme-bridge,qode_header_in_grid,wpb-js-composer js-comp-ver-6.2.0,vc_responsive

REPUBBLICA – “BACK TO THE FUTURE FOR THE VALLEY OF THE MILLS” 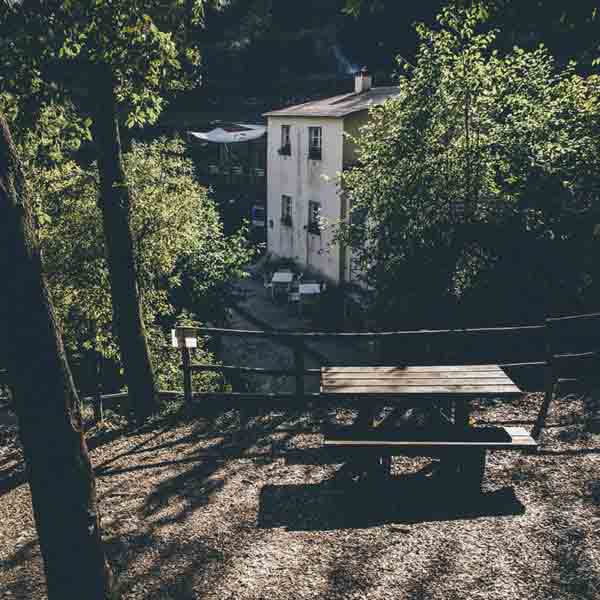 Posted at 20:04h in News by La Portofinese
Share

Sweet energy for the Park of Portofino: a hydroelectric turbine to give life to an area of great charm – by Bettina Bush – PORTOFINO (GENOA), AGOSTO 2018 – REPUBBLICA

Sweet energy for the Park of Portofino: more than a simple project a vision to reactivate ancient places in respect of nature, many forgotten, for the new farmer of the future, the 4.0 that knows how to combine environment, tourism and technology. Not a dream but an innovative plan in which the young entrepreneurs of Portofino 360 ° are thinking together with the students of the University of Genoa Department of Architecture and Design in collaboration with the Park Authority, Municipality and Protected Marine Area.

After the sea and the “intelligent boa”, which feeds on wind and currents to produce energy, and which will start operate in 2019, they are thinking of the earth, a new hydroelectric turbine that will plump some of the ancient structures of the splendid Valley of the Mills, and that is inspired by a model that was in use just one of these mills at the beginning of the century.

We are talking about an area of great beauty, little known, full of charm, lost in time, in some protected by a wild and impenetrable vegetation, which goes back up the Rio Acqua Viva for over a kilometer, up to its sources 300 kilometers, the all just behind the well-known Paraggi. A sort of hidden paradise where once there were 36 mills, surveyed in the eighteenth century by cartographer Matteo Vinzoni, evidence of what was once a flourishing economy started in the twelfth century and set in the nineteenth, run by monks and farmers that revolved around water.

Even today we can see the remains of a sophisticated canalization system, made up of water collection locks, to take it where it was not, so the mills, thanks to their position at different altitudes of the valley, were able to work in absolute synergy: every day, when one ended, the other began, there was no pause, and above all they worked in every season, even in the lean periods, when the other valleys were still.

A complex project, the result of a vision of an intuitive farmer who had made that valley for centuries a strategic area of the Gulf of Tigullio to produce oil, wine, flour for the entire area, up to Chiavari.

Once processed the goods were transported on the backs of the mules to be boarded on the pier of Paraggi, on board the picturesque leudi.

A glorious past in one of the most beautiful valleys of Liguria, in the 18th century its mills had supplied flour to the Napoleonic troops who besieged Genoa. Then the economy changed, and in 1987 it closed the last factory, that of Piccinin, after the water of the Rio had been diverted to feed other nearby aqueducts. Today in the valley you can see the remains of 18 mills: “The idea is to start from the past -explains Giampiero Lombardini, professor of the University of Architecture of Genoa- recover the model of that innovative turbine, capable of producing energy from running water , make it current to apply it to a mill, make it self-sufficient, then move on to others, recovered and restored, so each mill, depending on its position, will have to work for specific local products, as well as becoming a didactic and service point for tourists who want to immerse themselves in the history of the place “.

Architects Guido Lotti and Maria Rita Menicucci are working together with the authorities to recover the structures while respecting the landscape.

Meanwhile, the group of Portofino 360 °, together with the students, or new farmers of the future, do not stop and are thinking about soft mobility. To small electric boats in the sea, to cableways, to the piezoelectric plate in roads that produce energy with the passage of passers, to geothermal energy to recover energy using existing tunnels. Small great visions to design a sustainable future. 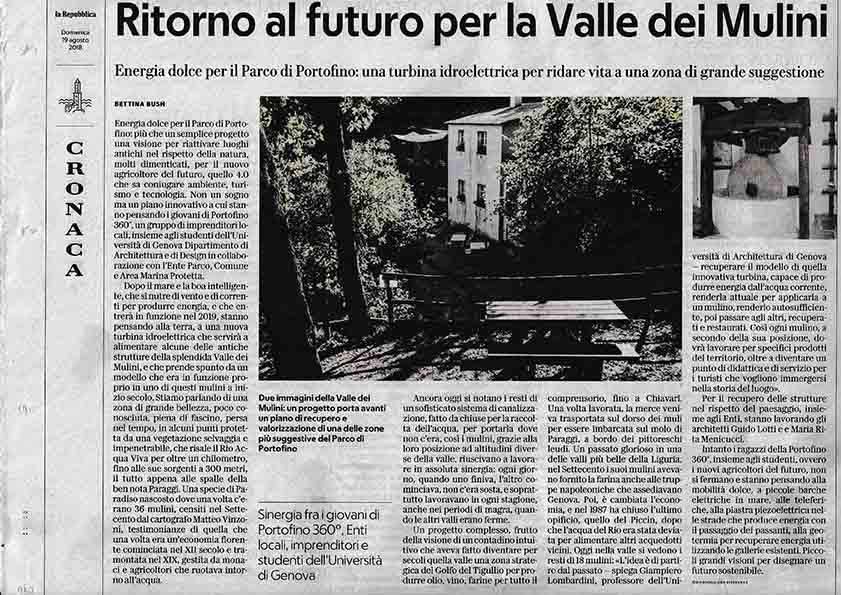